Any Teflon™ industrial coating system is only as good as the prepared surface it is being applied to. Good adhesion can make or break the performance of a properly baked Teflon™ coating. The life of a coating can be directly related to the steps taken in cleaning and providing a good surface to adhere to. Find out the best substrates, proper surface preparation materials, and processes necessary to maximize adhesion results for Teflon™ coating systems in the “Application Overview” section of our website.

Any substrate which is dimensionally and thermally stable at the bake temperature required for the particular product can be coated with Teflon™ Industrial coatings. Articles to be coated should be free of sharp corners and edges, excessive pits or porosity and excessive roughness as at welds and joints.

At bake temperatures greater than 450°F/232°C, certain metallic substrates are unacceptable. The melting points of tin (450°F/232°C) and lead (622°F/328°C) are too low to permit some Teflon™ bakes. The poor adhesion of copper to the copper oxide formed when copper is baked in air at high temperatures results in poor adhesion of the Teflon™ industrial coatings.

Because of reactivity at the high baking temperatures, Teflon™ coatings have relatively poor adhesion to magnesium and to aluminum/magnesium alloys containing more than 0.5% magnesium. Aluminum permanent-mold castings and die castings are successfully coated with Teflon™ coatings, but may show a high reject rate due to the formation of blisters caused by expansion of air bubbles in the metal during the high temperature bake.

In all cases, Teflon™ coatings should be applied over clean substrates. Normal industrial practices can be used, such as chemical washes or solvent cleaning and degreasing, but precautions must be taken to remove all residues from the cleaning process. Depending on the initial condition of the metal, it may be necessary to physically remove dirt, rust, mill scale, paint, etc. After cleaning, the metal should be handled with latex or nitrile gloves. Fingerprint and residual oil contamination may show up as a stain on the finish.

Preheating metal substrates to the temperature of the Teflon™ bake is advantageous in removing traces of oil and other contaminants, especially when the metal is cast and somewhat porous. With most ferrous metal, this procedure has the advantage of temporarily passivating the surface against rusting and the blue oxide formed increases the adhesion of the acid primers. In the case of aluminum and stainless steel, these advantages are not apparent, and the preheating step can be omitted where clean metal is involved. Copper and brass should not be preheated in air because the resulting oxide has poor adhesion to the metal. A formic acid rinse reduces oxide formation to a degree on copper. 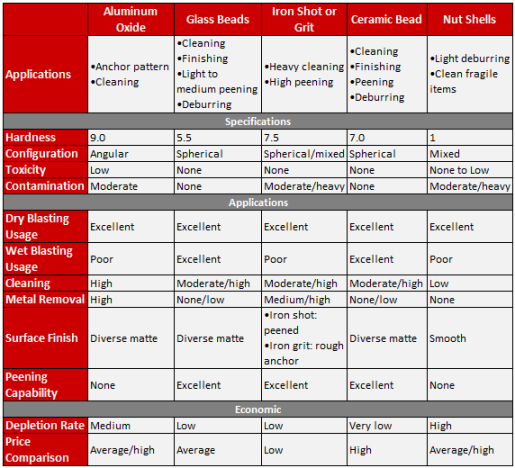 Conversion coatings are the modified surfaces of metal resulting from specific chemical treatment. These conversion coatings, which can be on steel, aluminum, or most other metals, typically include zinc, manganese, and iron phosphates or chromates. The principle function of these coatings is to improve adhesion of finishes and maximize corrosion resistance. The functionality of conversion coatings depends upon their uniformity and the integrity of the coating, both before and after application of the final finish.

Since steel and iron rust rapidly after grit blasting, coatings should be applied immediately. Where delay is expected; or under conditions of high humidity, a solvent rinse with VM &P naphtha, or toluene containing 5% of kerosene may be employed. When the volatile solvent evaporates, a very thin film of kerosene remains to prevent rusting temporarily. While the presence of thin films of kerosene does not appear to affect the application of the 850-Line primers, the kerosene film may collect dust on long standing and require solvent washing before the finish is applied.

There are several techniques for testing the bond strength between the coating and the metal surface. The most common test is a cross hatch test. Since this is a destructive test, it is typically performed on a test panel that is processed along with actual parts.

Air bubble pops: This is called outgassing, and can be prevented by preheating the part to 250°F before applying the coating.

Crater-like holes: These are called fisheyes, and can be caused by contaminants in the coating or on the substrate. This could even be grit from blasting that wasn’t totally removed. Make sure the spray area and substrate are completely contaminant-free before spraying.

Substrate adhesion failure: If the coating is coming off of the substrate, it could be because the blast profile is not deep enough or there are contaminants under the coating. Blast profiles of at least 2.5 microns are recommended, and profiles between 5.1 - 6.5 microns are frequently used. Always be careful to remove all of the blast media from the substrate before spraying. To make sure all grit has been removed, pre-bake the part at the coating's cure temperature or higher.

Mudcracking: Mudcracking is when the finished coating looks like the bottom of a dry, cracked pond. This can be caused by too severe grit blasting, wire brushing, or sanding that causes pits and scratches in the substrate's surface. When sprayed, the coating will flow into the depressions, causing cracks in the cured coating.